Sichuan Fan-Mei Aviation Technologies Co., Ltd. Is a wholly owned subsidiary of Sichuan Fan-Mei Education Investment Group Co., Ltd, with a registered capital of 100 million CNY and a further increase of 1 billion CNY in the later period. Located at Chengdu pilot free trade zone, Fan-Mei set up a comprehensive strategic cooperation with the world famous Piper Aircraft Inc(U.S.A). As the exclusive dealer of all six models of Piper in China, Fan-Mei will import other fixed wing aircraft and gyroplane.

Take the cooperation with Piper as the beginning, Fan-Mei will form a industrial gathering center of technology innovation, product development and maturing, product testing service, industrial application etc. And the Group will accomplish the annual output value of 4 billion CNY with the subsidiaries. 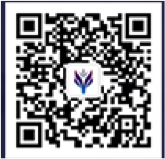