Western Aircraft has become one of the West’s largest aircraft sales and services companies.

Over the years, we have primarily been driven by our vision; to be the leading provider of aircraft sales in the western U.S. We are a trusted aircraft sales and service company providing customers with and outstanding experience throughout the aircraft life cycle.  Today we have over 80,000 square feet of aircraft hangar space (excluding office space) and are an authorized service center for the world’s top aircraft manufactures. We supply a 14,000 square foot aircraft parts warehouse with over $10 million in aircraft parts inventory. We are proud to employ approximately 200 aviation professionals disciplined in maintenance, interiors, paint, aircraft sales, avionics (sales, installation and retrofits), parts sales, FBO services, airline fueling, and aircraft charter and management.

Western Aircraft had humble beginnings as the corporate flight department for the Morrison Knudsen Corporation (MK), headquartered in Boise, Idaho, over 60 years ago. In response to an overwhelming need for aircraft repair services, in 1957 MK applied for and received its first FAA Certified Repair Station Certificate.

During the 1980s, three more hangars were added and the company became a wholly owned subsidiary of MK Inc., operating under the name of Western Aircraft Inc. In 1995, Western Aircraft was purchased by Al Hilde, Jr. and Allen Hoyt.

In July 2007, Western Aircraft was acquired by Greenwich AeroGroup, making it one of ten aerospace companies within the group. On-going improvements and investments in people, training, tooling, technology and facilities have helped us provide our customers with personalized service and technical expertise. 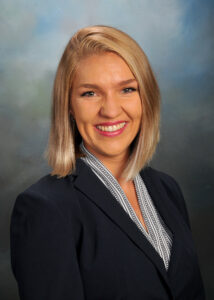 Elise Wheelock is a professionally trained pilot with over two thousand flight hours flight experience. She started her career working for the Piper factory, where she gained a strong understanding of and love for the Piper product line. She then moved to Boise, ID where she works for Western Aircraft supporting and selling the Piper Aircraft product line. She has flown all models of Pipers that are currently produced.

Elise fell in love with aviation when she was offered a free flight in highschool. She then earned her private pilot’s license in airplanes and gliders at her local airport in Virginia. Elise is a graduate from the University of North Dakota, where she studied Commercial Aviation and competed with the UND Aerobatic team, taking first place in the primary category at Nationals in 2017. She holds a Commercial Pilot’s License for single and multi-engine aircraft, as well as a private pilot’s license in gliders and a CE-525 type rating. Elise is also a Certified Flight Instructor – Airplane, Instrument Airplane, and Multi Engine.